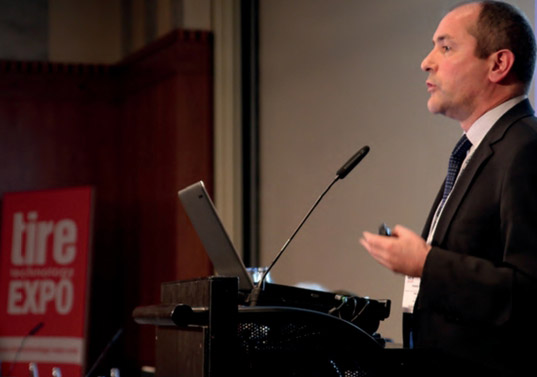 But Martyn Bennet, chief scientist at independent rubber consultancy Artis, doubts these options will ever be enough to absorb the sheer quantity of tires that are currently on the road.

With an estimated three billion tires anticipated to be in use by 2020, the challenge is instead how to return tires to their constituent parts as cleanly as possible and, ideally, reuse the materials in new tires or other rubber products.

Bennett explains that one of the main challenges in recycling the materials that comprise tires is how to deal with the chemically crosslinked rubber: “Nobody has found a good way of decrosslinking the rubber,” he says. 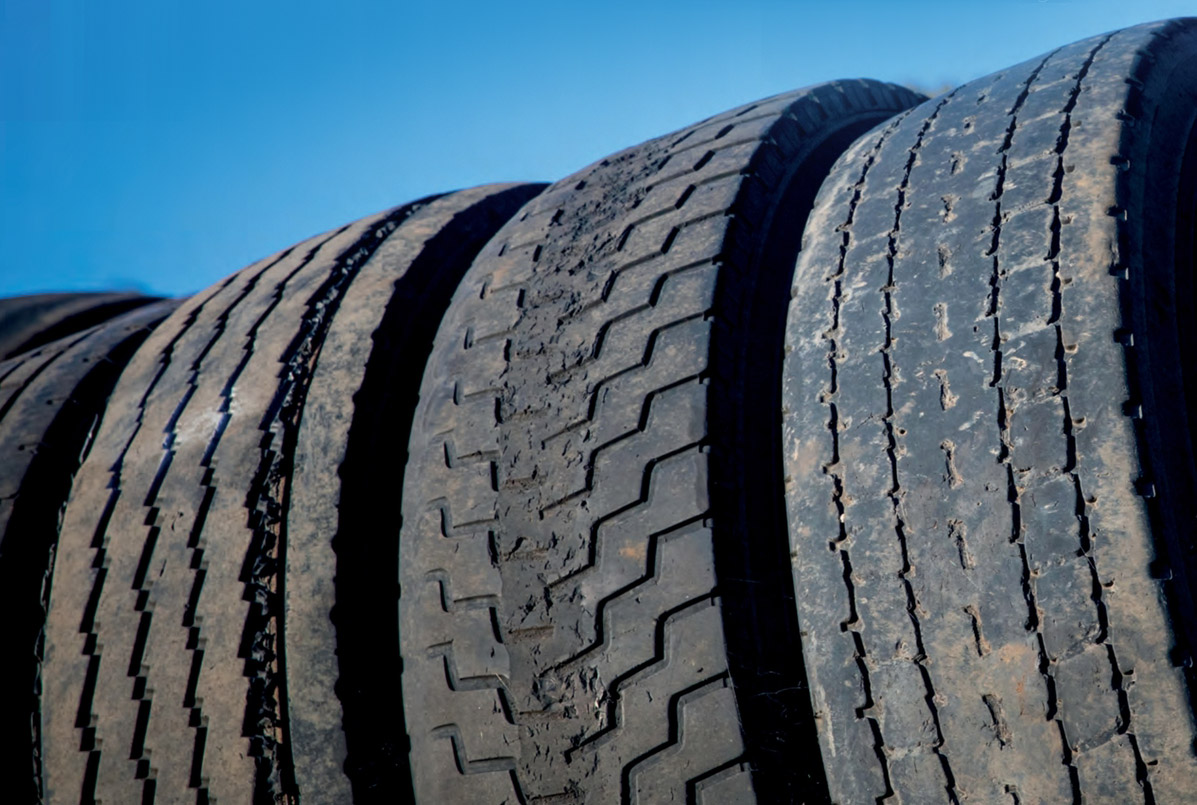 “Reclaimed rubber is generally produced by treating with heat, pressure and chemicals, and will often produce a material that is sticky and difficult to re-crosslink due to breakdown of the polymer backbone.”

Thermally breaking down tires via pyrolysis to produce gas, oil and carbon that can be reused is one option, but Bennett recognizes that traditional offerings haven’t been effective enough.

“The big issues with pyrolysis carbon lie mainly in the lack of quality in, and specifications for, the materials being produced,” he argues. “There’s good-quality pyrolysis carbon black on the market being produced in commercial quantities, but there’s not enough of it at the right specification, because not everyone is producing, finishing and polishing it properly to the point where it can be reused, If it’s not made properly you won’t get the required dispersion and the physical properties needed. Specifications must be drawn up to ensure the quality of pyrolysis carbon is consistent.”

As a result, Artis is now leading an ASTM subcommittee to establish test requirements to measure and quality-control recovered carbon before a quality standard is defined. Bennett hopes this will be up and running within a year. “Once we’ve got that in place, we’re going to monitor the output and we want to certify it to a particular standard. That way, if you buy recovered carbon black you will know what you’re getting and how it’s going to perform. Ideally we’d like to set global standards.”

Specification testing and standards accreditation must support manufacturers of recovered carbon black and not hinder them, however, “It mustn’t be a barrier that prevents people from doing it,” he comments, “but it must ensure the process is done properly and leads to the production of quality material.” Artis will use information about capability from its benchmarking programs to help position the standards. 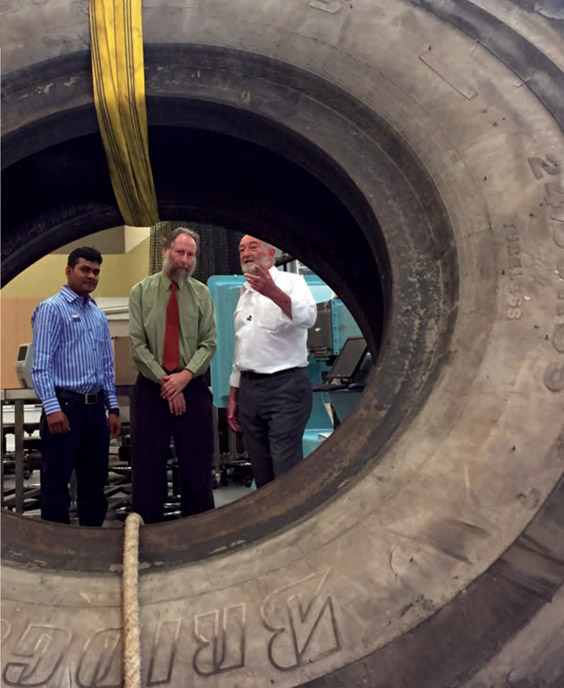 Martin von Wolfersdorff of Wolfersdorff Consulting says that 2017 might well be a watershed year for tire pyrolysis. “On the one hand, price development in the fuel oil market are encouraging,” he explains.

“In March 2016 the price of fuel oil fell to a historic low, which made most tire pyrolysis operations unviable. Some ventures mothballed and others disappeared. Strong ventures with value-adding product strategies and good funding have survived. They are now increasing R&D activity and investment in their plants.”

Additionally, there’s progress on the product development of recovered carbon products. “Milling, classifying, reactivation, additivation, blending and pelletizing are all possible process steps within the upgrading process after pyrolysis, ”adds von Wolfersdorff. “Upgrading is required to ensure that the product is value-adding and suitable for target applications where carbon black is normally used. Because carbon black it is not, and never will. “

He says this detail has held up the tire pyrolysis industry for a long time. Physical and colloidal appearance hints at a similarity between raw char and carbon black.

He adds, “In carbon black applications, typically rubber compounds or plastic products, it becomes quite clear that recovered carbon products without upgrading, have neither the expected reinforcement in rubber, nor the expected black-tinting strength in coloring plastics.”

This is due to the harsh thermal treatment in the pyrolysis process and also because these products aren’t close to 100% carbon content like carbon black, but typically have 20% inorganic content – for instance, silica.

“The tire pyrolysis industry can learn from the silica industry by creating new possibilities and new fields of applications” says von Wolfersdorff, who spoke on tire pyrolysis and recovered carbon products during the new Tire Business Strategy Conference in Hannover in February.

“Low-PAH applications are a good market opportunity for recovered carbon products because of their typically very low PAH content.” 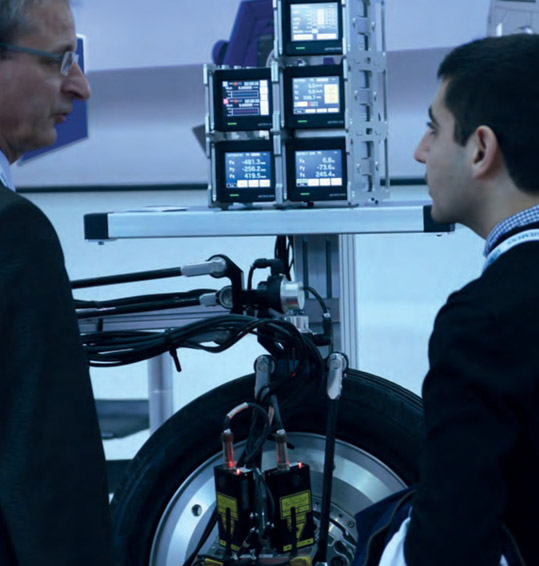 It will, however, take tire pyrolysis ventures some time to close the loop of a circular economy and enter tire applications, he predicts: “They first have to prove their viability in non-tire applications, and scale up their business to grow into reliable suppliers to the tire industry. With a typical development time for passenger car tires of up to seven years, suppliers of tire compound fillers need patience and other streams of revenue until their product is commercialized.”

The good news for pyrolysis operators is that the tire manufacturers are actively seeking sustainable alternatives to existing materials. “Recycled materials have become an integral part our tire innovation and development efforts, to improve the environmental, social, and economic footprint of tires,” says Dr Andreas Topp, Continental’s VP of material and process development and industrialization.

He suggests that recycled materials should be viewed as standalone raw materials that “need to be evaluated, understood and optimized with regard to their technical potential. This must be paralleled by new processes and technologies that need to be developed, evaluated and integrated into daily operations. Simply looking for a quick replacement of current materials with recycled materials is falling too short.”

To that end, Continental is working to develop and integrate technologies that open up new opportunities for the reuse of end-of-life tires. One example is its ContiLifeCycle plant in Hannover, Germany. 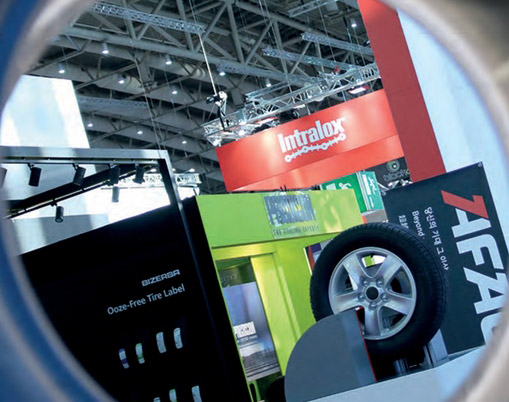 Academia, too, is researching how best to get high-quality recycled materials back into tire production. In recent testing, Dr Saeed Ostad Movahed, assistant professor from the University of Mashhad in Iran, devulcanized waste tire rubber using a laboratory microwave oven with the aid of agents – HAD, DPDS, CBS, and MBTS – along with aromatic and paraffinic oils, were explored.

According to Movahed, results showed that the waste rubber powder was devulcanized effectively. For selected compounds, part of all of the polysulfide crosslinks were broken during microwave irradiation, while the structure of the remaining sulfur crosslinks was mostly monosulfide.

He therefore suggests that the most effective method the tire industry should embrace is using microwave irradiation rather than mechanical (shearing action) and heating processes, together with chemical devulcanizing agents. “In fact, in an ideal devulcanization process, crosslinks (sulfur-sulfur or sulfur-carbon bonds) should be broken without main-chain (carbon-carbon bond) scission.”

The three-dimensional rubber network, he explains, can be broken down by microwave irradiation more selectively and with higher efficiency than by mechanical and heating processes. However, the energy requirement for the former is higher and process control is more challenging. 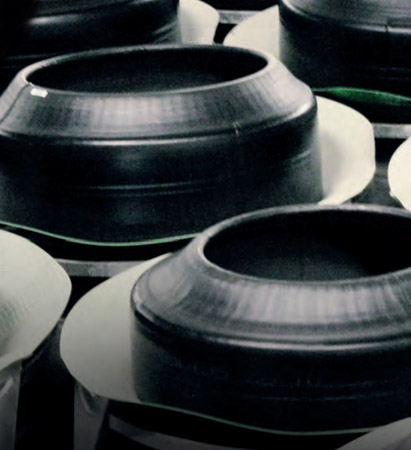 At Loughborough University in the UK, Dr Ali Ansarifar also warns that major challenges remain to be overcome in the reclaiming and recycling of end-of-life automotive rubber waste and tires.

The first is one of time and cost. “To reclaim or extract any polymer or chemicals and processing equipment are needed,” he noted. “Some of the processes are very time-consuming and need very high temperatures as well as being chemically, thermally and mechanically intense, which results in a high cost.”

The second issue is the quality of the materials that result. Ansarifar reclaimed and recycled rubber from automotive waste and tires, and reused it in rubber compounds together with virgin rubbers that had some reclaimed rubber waste in them, he was disappointed to see that the tensile strength, elongation at break, tear strength and compression set resistance deteriorated by 87%, 82%, 80%, and 3% respectively as 100wt% reclaimed rubber was used. When the devulcanized waste rubber was revulcanized, the tensile strength was similar to that of the virgin rubber, but elongation at break was 40% lower.

“The mechanical properties of the revulcanized rubbers were not at all impressive, especially considering the amount of heat, mechanical work and chemicals used to reclaim and recycle the polymer from the rubber waste,” he says.

This article was originally published in Tire Technology International magazine and has been republished here with full permission. You can read the original on page 18 of their online version here.