As well as the original office in Pennsylvania, today it has branches in Washington DC, Belgium, Canada, China and Peru and has set the standard for more than 12,500 materials.

Green Distillation Technologies has developed world-first Australian technology that will recycle end-of-life car and truck tyres into oil, carbon and steel using a destructive distillation process. They were Australia’s first ever nominee in the Edison Awards, the world’s top award for innovation in 2015 where they won a bronze medal.

Carbon is the world’s most widely used chemical in such products as tyres, water filtration, printers ink, paint, electrodes, graphene and even in toothpaste and cosmetics. It is usually derived from heavy crude oil which is burnt to produce the fine black powder, but recycling now has developed an alternative,

But a manufacturer must be able to know the technical specifications, quality and characteristics of the carbon they are ordering, hence the need for an international standard.

GDT has been involved in research into the use of carbon in steel making with the University of New South Wales as well as the use of the recycled oil as a diesel fuel with the Queensland University of Technology. 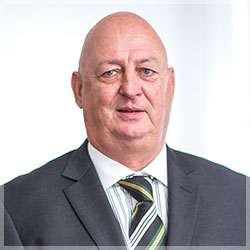 “We have operated this pilot plant since 2009 and the upgrade to full production will see it capable of processing 19,000 tonnes, or a mix of 658,000 car and truck tyres per year. This represents approximately 3% of the 24 million end-of-life tyres that are generated in Australia each year.

“We have now developed the process to handle an oversize tyre from a mining dump truck that weighs 3.5 tonnes, which will yield 1500 litres of oil, 1.5 tonnes of carbon, as well as the steel reinforcing which will go back to the tyre manufacturer for reuse.

“The Hyder Report in 2013-14 estimated that there are 155,000 tonnes of OTR end-of-life tyres of various sizes generated in Australia each year of which 79.4 per cent are left on site as there are no means of recycling them.

About Green Distillation Technologies: GDT is an Australian company which has developed world-first technology to recycle end‐of‐life car, truck and oversize tyres into carbon, oil and steel.