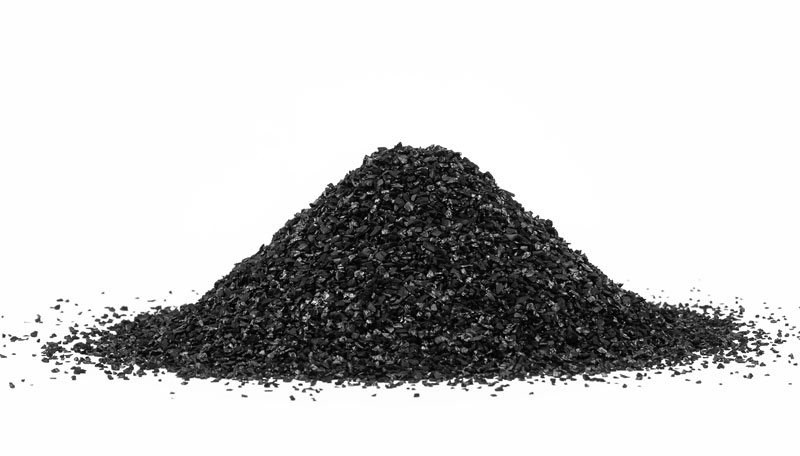 As part of GDT’s Destructive Distillation process of recovering raw materials from end of life tyres, we produce carbon.

We are excited to have made a further step in refining our recovered carbon, which should make it directly usable in the rubber industry in due course.

Carbon and its industrial uses

Carbon is the world’s most widely used industrial chemical. It has a range of uses from rubber products as a reinforcing and binding agent through to filtration products to cosmetics, toners and inks, paints and coatings and other various smaller industrial applications.

Our processing of tyres produces what is termed “recovered carbon black”.

One of the critical issues with the use of recovered carbon black in rubber products, which is the greatest user of carbon in the industrial sense, is the size of the particles that can be achieved from this product.

Virgin carbon black, as the alternative is called, is manufactured through a pyrolysis process using fossil fuels and is obviously coming under some scrutiny in this world of sustainability and circular economy.

Recovered carbon black, because it has been recovered from end-of-life tyres, has a composition that includes some polymers that cause the particles of carbon to stay stuck together in an agglomeration.

This renders the particle size a little larger than virgin Carbon Black and is measured in microns as opposed to nanometers, the scale used to measure virgin carbon black particles. That has caused the pyrolysis industry, in particular, some concerns with the answer being to find a method by which the particle size can be reduced.

Reducing the size of a carbon particle

GDT, facing a similar problem, has discovered a technology developed here in Australia that can reduce particle sizes of everything from iron ore through to plastics and glass.

Fortunately, we were able to run one tonne of our product through that process. And to our great delight and the knowing nods of the developers of this technology, we are able now to enter the race for delivery of our carbon product into the rubber industry.

Knowing that the physical characteristics match the requirement, we are able now to actively seek partnerships with rubber formulators, plastics makers, and resin manufacturers around the world to find a market that is both cost-effective and profitable to both parties.