You may think an end-of-life tyre must be an old tyre and vice versa.

While that is often the case, there are some notable exceptions.

The sizes of tyres also vary considerably, which is why there is a standard measure that allows us to more easily calculate the recycling value of any end of life tyre.

What is an old tyre?

In the tyre recycling business, there is actually no such thing as an old tyre. It is called an ELT or end-of-life tyre.

And you’d expect Green Distillation Technologies to know, after all we have developed world first technology to recycle old tyres into oil, carbon and steel.

In the words of our Chief Operating Officer Trevor Bayley: “Old tyre is an imprecise term as it can be part-worn and suitable for re-treading, or it could be a new tyre which had hit a curb and split the wall, so it really has reached the end of its life”.

How do you measure the recycling potential of a tyre?

The term we use to describe a quantity of ELTs is EPU or Equivalent Passenger Unit, which is a standardised measure for tyres.

One EPU contains as much rubber and other materials as a ‘typical’ end-of-life passenger tyre with the assumed weight of one EPU taken to be 8 kilograms.

For example, a motorcycle tyre evaluates to 0.5 of a standard passenger car tyre. A light truck tyre counts as 2 EUPs, same as a bobcat tyre. A regular truck tyre is 5 counted as EPU.

In contrast, a giant earth mover tyre comes in at a whopping 400 EPUs. You can see a table of all EPUs at the Tyre Stewardship Australia website here. 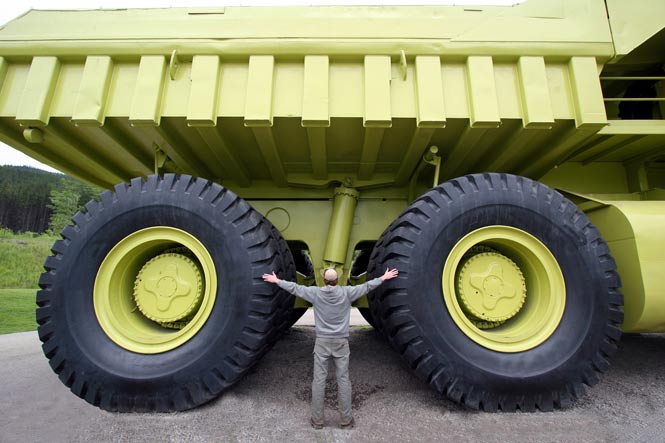