This creates a massive problem for our environment 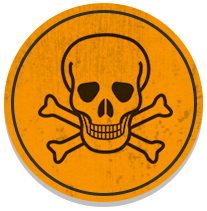 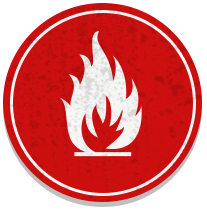 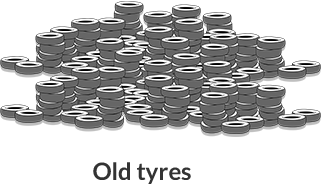 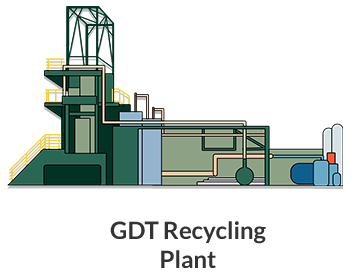 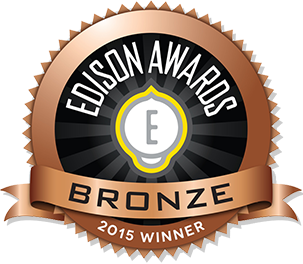 In 2015 GDT became the first Australian company to win an Edison Award for innovation. The award was for its ground-breaking technology in recovering energy from tyres.

Our pilot plant in Warren officially opened in Dec 2015

End of life car and truck tyres are a blight on the environment ever since they were invented over a century ago, because until now no means had been found to effectively and economically recycle them.

Grinding up old tyres to make crumbs or flakes is not a means of recycling tyres as the rubber has not been changed and there is a limit to how much of this material can be used for kindergarten playgrounds and soccer fields and using it as a furnace fuel in Asia creates noxious greenhouse damaging emissions.

As well as the environmental problem caused by dumps of old tyres or illegally discarding them in bushland and waterways, after rain they become a breeding ground for mosquitoes and a source of such dangerous diseases as Dengue and Ross River Fever.

However, using a technique known as destructive distillation, Green Distillation Technologies is able to convert this wasted resource and an environmental hazard into high demand valuable raw materials.

The process is emission free and the recycled oil is used as the heat source for the production process.

End of life car and truck tyres are a blight on the environment ever since they were invented over a century ago, because until now no means had been found to effectively and profitably recycle them.

Resources Recovered by a Single GDT Plant per Year

One GDT tyre recycling plant can process about 685,000 tyres per year (assuming an average mix of car and truck tyres). This equates to approximately 19,000 tons of recycled car tyres, recycled into oil, carbon and steel.

Stay informed with the latest innovations and plant roll-outs.

A group of top financiers will visit the Green Distillation Technologies tyre recycling plant at Warren in Western New South Wales on February 3, 4 and 5 to see for themselves the world first technology that turns old tyres into valuable oil, carbon and steel.

The aim is for GDT to raise $30 million in new investment funds to bring the Warren facility to full commercial output, build the planned Toowoomba plant and pay the initial set-up costs of building the first US facility.

END_OF_DOCUMENT_TOKEN_TO_BE_REPLACED

Australian tyre recycler Green Distillation Technologies and New Zealand’s CarbonScape have been nominated in the Environmental Achievement of the Year category in the annual Tire Technology International Awards.

The Awards, which are now in their twelfth year, are judged by an independent panel of journalists and independent experts who are familiar with the latest tyre industry developments around the world. The Awards will be announced at a gala dinner at the Tire Technology Expo in Hannover, Germany on February 26.

The deal between the two innovative companies solves a global problem as one and a half billion end of life tyres are generated every year and that number continues to rise as annual world tyre production has now passed three billion.

While CarbonScape’s work on sawdust continues, it has been discovered that the carbon produced by GDT’s tyre recycling technology is highly compatible with CarbonScape’s own process for producing graphite.

Graphite is a non-metallic mineral and the most stable form of carbon. It is chemically inert, corrosion resistant with a high melting point of 3650°C and is a good conductor of electricity.

China is the world’s leading producer of fossil sourced graphite and its reserves are the second largest worldwide, behind Turkey. However, the industry is under significant environmental pressure due to its mining and purification techniques and CarbonScape presents a sustainable “green” alternative.

Graphite is defined as a ‘critical strategic mineral’ in the USA and Europe and global demand is growing at 5.8% p.a. to 4.2 million tonnes which was worth USD30 billion to 2018. Within the global graphite market, high purity graphite for Li-ion batteries is forecast to grow at a Compound Annual Growth Rate of 26% to 2029 with pricing estimates of USD5,000 per tonne.

As well as Li-ion batteries for use in electric vehicles and stationary storage, potential end use of high purity graphite includes solar panels, supercapacitors and other electronic applications.

GDT operate a tyre processing plant at Warren in Western New South Wales, which is where the work on the future co-development of graphite will take place and they are in the capital fund raising stage. Their second commercial plant will be in Toowoomba, Southern Queensland, which has secured all the necessary Government approvals and they have plans for more plants in Wagga, Geelong, Elizabeth, Collie and Gladstone.

They have also signed an agreement worth up to US$100 million for ten plants in the United States and a $50 million deal for five tyre recycling facilities in South Africa.

GDT Chief Operating Officer Trevor Bayley said that the award nomination is pleasing as it is an international recognition for the team, which has developed innovative world first technology that could help solve a massive international environmental problem.

He said that the key to operating a successful recycling business in the era of the circular economy is to maximise the return received from the materials that are produced.

“We have a refinery contract for all the oil we produce as it is regarded as light crude and easy to refine into petrol, diesel, jet fuel and other petroleum products and of course the current world price for oil is very high. Our carbon is high quality and can be used in a variety of products such as printer’s ink, computer cartridges and even cosmetics.

“Now with Carbonscape and by enhancing the carbon to graphite we could sell it for multiples of the current price which is a very significant difference.

“Our Technical Director Denis Randall, who developed our process, has long advocated that ‘Resource Recovery’ is the key to successful recycling and the direction we are taking is consistent with those aims,” he said.

“What we have achieved so far is a world breakthrough and we believe that in time our technology will eventually become the preferred means of recycling old tyres throughout the world,” Trevor Bayley said.

Australian tyre recycler Green Distillation Technologies, which has developed world-first technology that recycles end-of-life tyres into oil, carbon and steel, has signed a deal to build their first plant in the United States,

The agreement provides funding of up to US$100 million for the roll out of additional plants in the US, subject to the successful operation of the first one.