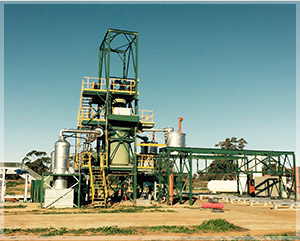 Green Distillation Technologies is an unlisted Australian public company formed to solve the problem of dealing with billions of old tyres. GDT has developed innovative technology that converts tyres back into carbon, oil and steel, without producing emissions. 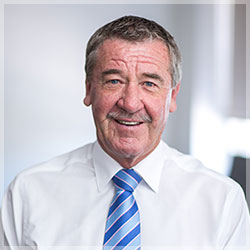 GDT Chairman John Fletcher has had a distinguished business career. During his eight years from 1993 to 2001 as CEO of Brambles industries, an international business-to-business industrial services company with over 40,000 employees operating in more than 30 countries worldwide. He led a team that achieved a 41% average annual growth in total shareholder returns. (TSR)

In 2001 he was appointed CEO of Coles Myer, when it was Australia’s largest private employer with 165,000 people. Over a six year period the business delivered an average annual growth in TSR of 31%. In 2007 the Coles Group was acquired by Wesfarmers for $20 billion.

In 2008 John Fletcher co-invested with Lazards in purchasing the national car care chain MIDAS Australia, which was sold to Metcash in June 2014.

He was also a non-executive director of Telstra for six years from 2000 to 2006.

He is a Fellow of CPA Australia.

On his appointment as Chairman of Green Distillation Technologies John found an experienced and entrepreneurial executive team in place, most of whom had been at the company since March 2009. 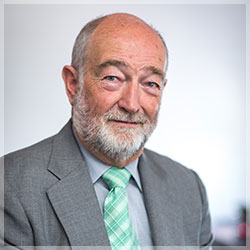 Chief Operating Officer Trevor Bayley worked in the aviation industry in the UK and Australia from 1968 to 1984 on the air freight side with such airlines as Air France, TAA, UTA and Cathay where he was assistant airport manager and cargo sales manager.

He holds a Commercial Pilots Licence, but says he only flies for fun and when he has time flies himself the three and a half hours from Melbourne to Warren to ‘keep his hours up.”

A passion for cricket took him to Japan in the 1990s where he published a bi-lingual cricket magazine (Japanese/English), was the founder and executive of the Japan Cricket Association, a promoter of cricket competitions in Japan and managed the Japanese National Team on 3 International tours.

He also established Japsco Japan in 1992 to develop and support commercial relationships, projects and alliances between Japanese entities in China, Thailand and Korea. He generated sales between Japanese engineering companies and Western customers, principally in the automotive Industry. He was the Project Manager on two major General Motors projects which generated sales of A$240 million.

He holds a Master’s degree in Sociology from the University of Leicester (UK). 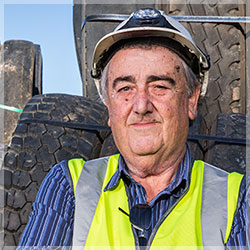 Chief Engineering Officer Denis Randall is located at the Warren plant in Western New South Wales and is a passionate inventor of waste to energy and renewable energy technologies and Invented and refined GDT’s Destructive Distillation technology based on thirty years of practical research.

After leaving school he secured a scholarship from BHP and after obtaining a Bsc in Chemistry he switched to metallurgy where he also obtained a BSc. He moved to South East Asia and worked in the oil and palm oil industries in Indonesia, Singapore and Malaysia and was awarded a Phd in micro-biology from the University of Virginia while he was working with Conico. His broad experience includes implementation of systems in the oil industry, management of waste wood in Singapore, palm oil processing, waste water and other liquid management.

He returned to Australia ten years ago and was working in wood to gas technology, as well as converting agricultural waste to oil when he was asked if he could convert old car tyres to oil and carbon and the rest is history. 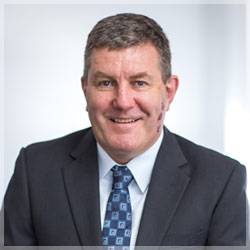 Chief Financial Officer Rob Murray graduated from the University of Wales in 1983 with a science degree but soon moved over to accounting and qualified as a Fellow of the Institute of Management Accounting.

He worked with leading retailer Laura Ashley and experienced the excitement of Thompson Newspapers during the restructure of the newspaper business in the UK.

He moved to Australia in 2001, where he worked with Elgas and BOC before joining Green Distillation Technologies in 2014 after securing his CPA qualification from Deakin University. 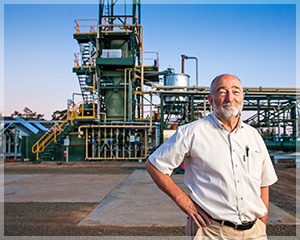 In 2015 against a field of quality innovative competitors, including major multi-national corporations, Green Distillation Technologies was awarded a bronze medal in the Edison Awards, the world’s top prize for innovation.

The Edison Awards were established 28 years ago and are named after famous inventor Thomas A Edison.

GDT was Australia’s first ever finalist and received the medal at the awards ceremony in New York in April 2015.

We gratefully acknowledge the assistance and cooperation with the Warren Shire Council Economic Development Board.