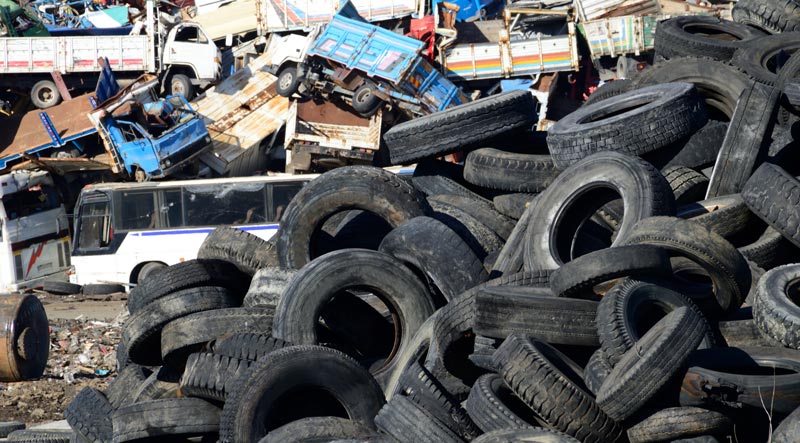 Globally, India has long been seen as somewhat of a dumping ground for ‘End of Life’ Tyres (ELT’s).

Tyre recycling in India has been significant, however it is focused on older pyrolysis technology that, in many cases, is not environmentally sound.  In addition to this, containers are currently being turned back from Indian ports and are also being abandoned.

The Indian Government’s, National Green Tribunal has been considering a ban on waste tyre imports for some time, and industry expectations was that it could be a decade away.

In January 2022, the ‘ERP Scheme draft document’ was issued, which is targeting 2022-2023 as the ‘line in the sand’ to ban imports of ELT’s into India, creating a global shock to Tyre Manufacturers, Tyre Exporters and Offshore Tyre Recyclers.

Amongst others, the USA, Europe, and the United Kingdom will need to find alternate outlets for their tyre waste. The Australian Government has already legislated to ban the export of whole baled waste tyres, effective from December 2021. Australia is now even more responsible for managing its own waste streams.

Once implemented, the Indian ban will significantly increase the volumes of waste tyres that need to be processed within the countries that accumulate them. The capacity to cater for these volumes does not currently exist in Australia, and we cannot rely on the crumbing of waste tyres for use in playground and pathway surfaces, to solve the problem.

Australian company, Green Distillation Technologies (GDT), has developed and proven a proprietary process that converts end of life tyres into saleable commodities of carbon, oil and steel. It does so without any harmful emissions and operates with a negative carbon footprint.

GDT is engaged in India on a robust, commercial, and environmentally friendly solution. This Aussie technology is live and being used in Australia, however global demand is pushing GDT to hasten expansion plans.

Green Distillation Technologies Chairman, Mr John Fletcher said: “GDT has developed and proven an environmentally responsible and commercially viable solution to the age-old problem of end-of-life tyres. The Indian Governments initiative is a catalyst to accelerate our global expansion plans. Our current capital raising round has been buoyed by the policy direction of both the Australian and Indian Governments”

GDT has invested more than $35 million developing its innovative recycling technology, receiving an Edison Award in the USA for its global tyre recycling solution.